Published by Abby on March 28, 2011. Filed under Love and Marriage-Family 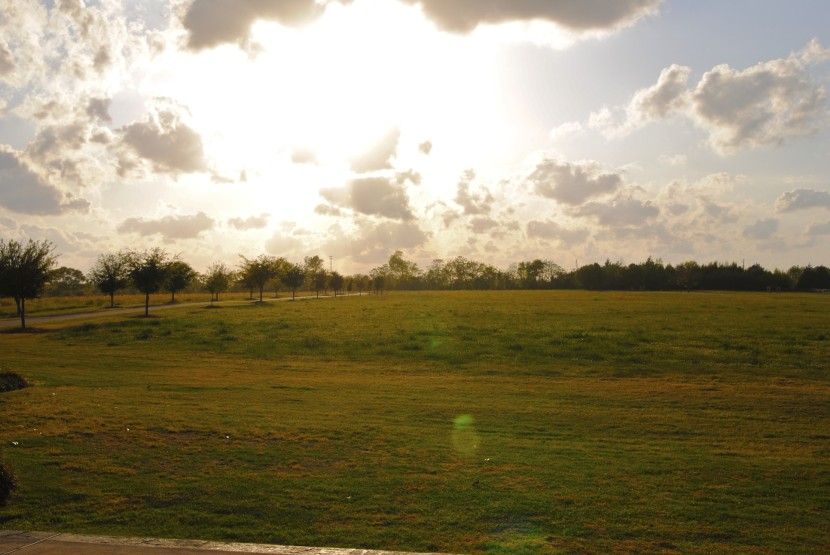 For months, Jeremiah told me that there was no way, whatsoever, that he would be able to get off work and fly to Dothan with me to look at houses.  I whined and moped and, finally, bought tickets for the girls and me to go it alone.  Then, literally the next day, he told me that he had five days off at the end of March…to go home and look at houses.  Figures.  So, after a juggle of jumbling decisions (which I’ll spare you), we decided that we’d all fly back south again…Boy am I glad we did!

Since this was going to be our last trip until we move back in August, Ashley (Jeremiah’s sister) and Dr. and Mrs. Maddox said they’d like to throw a little party to celebrate us moving back.  I didn’t argue–I could tell Ashley had something brewing and I could hardly wait to see what it would be.

They did all the planning, invited a handful of Jeremiah’s (and my) closest friends, and shooed me out of the kitchen for two days.  Then, on Saturday afternoon I was getting dressed when Ashley walked into our room.  She was beaming–her God given gift of hospitality and creativity radiating from her like a sun ray.  “Have you looked outside?” she asked.

She nodded and looked towards the window. I gasped and threw my arms around her neck…lots of squeals of excitement later, I ran outside with my camera: She said she wanted us to have dinner under the stars. On Grandmother's china and lace.

The appetizers were already on plates. And cocktails were standing at attention. I asked Ashley if we were getting married, again.  It certainly felt like it. While Mrs. Linda and Ashley finished the last minute preparations, Jeremiah and I walked out the front door and were greeted by this welcome sight: I hate that Heidi was already leaning on Maggie's neck, because we added a few more to the wagon. We bounced through pastures and down country roads, in a wagon filled with the laughter of lifetime friends. When Dr. Maddox said he was going to take us down a wooded trail, we were all smiles and adventure. And then we started diving for our lives as we discovered that this particular trail had not been clipped to quite the width of the wagon :). We made it out of the woods, just as the sun was setting (with all eyes surprisingly still intact :)). And found Ashley on the porch with drinks and appetizers ready. We lingered there, enjoying the Spring evening and each other until it was time to light the candles and gather around the table. There was salad with the nip of crumbled cheeses, the burst of pomegranate seeds, and Ashley’s special salad dressing.  There were Conestoga rolls (for you fellow Dothanites :)), the buttery delight of apricot casserole, and fingerling potatoes with freshly grated Parmesan cheese. But then, THEN, there was Beef Wellington, that I actually got up from the table and went inside to take a picture of, just for you: Beef Tenderloin, Duxelles, Prosciutto, and Puff Pastry. There were FIVE of them. And this is my idea of food from heaven's table.

Instead of the green peppercorn sauce, Ashley made a whiskey cream sauce to drizzle over her little slices of perfection.

I am not sure how I managed to miss taking a picture of dessert…probably because I had eaten so much that I could barely keep from rolling out of my chair.  It was the Maddox pound cake (it deserves a post all its own), with fresh strawberries, whipped cream, and Linda’s decadent chocolate fudge sauce.

I think I may be a glutton.

After dinner, we lingered around the table for story time.  With the stars, the warm breezes, and the candlelight, I could have stayed right there all night long. But the harsh reality of real life and waiting babysitters brought us back from our fairytale.  We hugged friends goodbye and were able to watch them leave with the joyful knowledge that this would soon be our permanent home.

There were a few we managed to cajole into a midnight music hour. As we crawled into cool sheets, full of good food and friends, music and laughter, southern air and starry expanses, love and family, I asked Jeremiah “Do you feel good about our decision to move back to Dothan?”

We both just laughed.

32 Responses to “A Good Decision…”