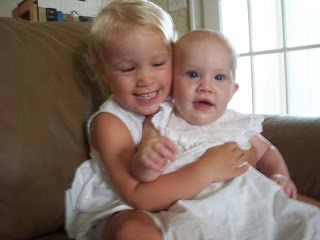 In the eighth grade, somebody told me (maybe I saw it on Oprah??) that 11:11 was a time when all of God’s angels stood ready to take commands from Him to answer His people’s prayers. I feel like that is probably a big load but nevertheless, I set my watch alarm to go off every day at 11:11 to say a prayer that Ben Barron would fall in love with me (Anna–I think I’ve told you I used to be obsessed with your husband, but if not, you know now :)). Sadly enough, my daily prayers did nothing for me as far as my eighth grade crush was concerned, but Ben did seem to fall a bit in love with my mother that year. Maybe God was setting the precedent for how He would use those numbers for Mom’s benefit in the future 🙂

While I don’t know what Biblical evidence there could possibly be to support the idea that 11:11 is a time when the gates between heaven and earth seem to open a little bit wider, I do know that God likes numbers. He uses 3 and 7 over and over through scripture, and he also gives his people many physical reminders of his love and provision. So, while it may sound a bit superstitious, I believe God used 11:11 to encourage Mom through her battle.
Years ago, God gave Mom Hebrews 11:11
By faith Abraham, even though he was past age–and Sarah herself was barren–was enabled to become a father because he considered him faithful who had made the promise.
It was through Abraham’s faith that God’s promise of a miracle was able to come to fruition. That was precisely what Mom was doing: having faith in a God who she considered faithful to fulfill his promise. Obviously, that promise wasn’t fulfilled in the manner we expected, but that’s another whole blog.
So, God gave Mom the 11:11 verse, and she also started seeing 11:11 on clocks ALL the time. Mom rarely wore a watch, but it seemed as though her eyes were always being drawn to clocks at precisely that time. If you were with her, she’d point it out to you as well, and then usually say, “Thank you Lord!” or “By faith Abraham!” or “I believe!” It became God’s reminder that he was walking through this battle with her. She told me once that it felt like a hug from Him.
Since she’s been gone, my Dad and my Mom’s childhood best friend Kendall have started to see 11:11 all over the place. Just in the past couple months, I’ve started seeing it too. Every time I do, it makes me smile, and I think about Mom and her “By faith Abraham”‘s.
Last night, Jeremiah was on call and I decided to use the late night quiet to try and conquer the sewing machine. Riley’s (Caroline’s boyfriend) Mom gave me a sewing lesson last week. My grandma has tried to teach me a couple of times, and I’ve been laboring over whether or not to invest in a machine that intimidated the heck out of me. So, I took the plunge yesterday, bought a machine, and spent a couple of hours last night reading the instruction manual, learning how to turn it on, thread a bobbin, thread the machine, and sew in a somewhat straight line while telling myself over and over, “You’re a chemical engineer. You can do this. Don’t let it beat you, even if you did almost break the needle off because you got a piece of plastic stuck underneath it and you don’t know how to raise the needle.”
I finally felt appeased by my progress with the machine. I did eventually figure out how to raise that needle, and even managed to sew some straight lines. As I put the cover over the sewing machine I felt that hollowness that comes from time to time these days. The emptiness of having something I want to share with her, and knowing she can’t answer if I call. I took a deep breath and stood still for a second to ward off the tears. Then, as I walked through the kitchen on my way to our bedroom my eyes were drawn to the clock, and there it was, 11:11. My heart felt like warm water had just spilled over it, and I smiled, and knew that she was hugging me. Letting me know that she was proud and she did know. I said, “Thanks Mom” right out loud, and then went to bed.