A Stream in the Desert

Published by Abby on October 12, 2007. Filed under Faith and my Mom 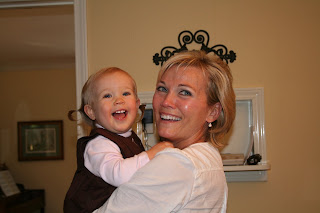 I am really excited to share with you all some news about what God is doing in my Mom’s life! There are some specific prayer requests, that I will get to eventually, that I would greatly appreciate you all praying with our family. I believe God is about to do a mighty work, and I hope that as many as possible can feel like a vital part through your personal prayers and faith.

For the past couple of months, I have been studying Matthew. I felt like this was a random variation from studying Paul’s letters, but now I am reminded that nothing is ever random with God 🙂 Through reading about Jesus’ ministry in Matthew, I have been overwhelmed by the amount of focus His work had toward spiritual and physical healing. He never met with a group of people without meeting their physical needs. I am not saying that he considered their bodies as important as their souls, but he definitely displayed infinite amounts of compassion for their physical maladies. Then, when He left earth, He left that gift of healing with His disciples. Finally, his disciples (namely Paul in 1 Corinthians 12) list healing as one of the spiritual gifts that Christ has left for his children. So why do we roll our eyes at the thought of a healer? Why do the only “healers” we find ourselves exposed to seem like little more than a freak show with flashy suits, purple hair, and fake eyelashes? I have been finding my heart softening to the thought of a gentle and quiet spirit, who God happened to bless with a special gift of healing. I brought this up to Mom and Dad several times over the past few months. Just a couple of weeks ago Mom laughingly said that it sounded great to her, but did I know any? 🙂 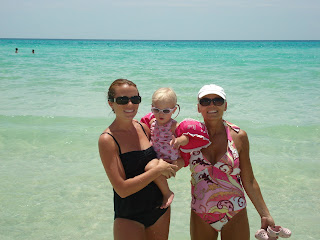 Now the story: A family friend in Dothan was meeting with a business associate from out of town. Somehow, he got on the subject of a man in Savannah, GA to whom God had given the gift of healing. He had just flown his mother-in-law out to see him, and he told several other stories of the healings this man had performed. It touched our family friend, and she asked if she could give him Mom’s name. The healer, whose name is Gene Hall, normally receives a name, prays over the name with his prayer team, and then contacts the person if God confirms His anointing for that person’s healing. On October 4, he contacted Mom.

He had several questions for her about the specifics of her disease, and she had several questions for him about his life and walk with the Lord. He is a born again believer who has spent 2-3 hours per day alone with the Lord for 19 years. He solicits no one for his healing ministry. He allows God to bring them to him, and he prays over the anointing. His ministry is funded by God’s blessing of his contracting business. Finally, he has a worship and prayer team that joins him in the ministry.

Mom (and Dad) were touched by what they perceived to be a humble and sweet spirit. Nothing about him seemed to imply a desire for acclaim; he only seemed concerned with using the gifts God had given him, to serve Him in the way He was directing. Gene also described the actual healing service and said that when the Holy Spirit is poured out on him for healing, his hands become as hot as fire. Doesn’t that give you chills?

He told Mom that he and his prayer team would be praying for God to reveal His perfect timing. In the meantime, here are some specifics that Gene asked us to pray:

1) That every thought will be taken captive to the obedience of Christ. Any thought that contradicts Jeremiah 29:11 we must resist.
2) Laughter, because God says we should be able to laugh at the future.
3) Thank God for healing.
4) For Becky to picture herself well and healthy.
5) For the wisdom and discipline to guard the words we speak.

Finally, at the end of the conversation, Gene said that he was so excited about what he felt God was doing that he just wanted to shout. Then, he asked if he could pray for mom over the phone. She humbly accepted, and he started just praying normally. Suddenly, he started speaking in tongues. He would pray a line in tongues, and then he would interpret what he’d said (This interpretation was a big deal to me, because the Bible warns against praying in tongues for show. If there is no interpretation, what good or purpose are you serving for those around you?). Mom couldn’t remember everything he said, but here are some of the things she jotted down after they got off of the phone: 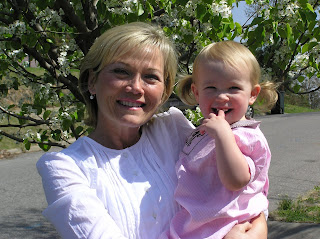 By the time he finished praying, Mom was shaking and crying. She said she felt like she didn’t want to move because she had just experienced God speaking to her. He is so awesome, and mighty, and powerful! My Dad wrote a letter to his friends where he said, “So many of you have been faithful to pray with us. Perhaps now we can focus our worship and prayers together for the glory of God, and we can all dance in the streets together and sing His praises. We have been holding on by faith to the healing of Becky, which He foretold 14 years ago. We must center our worship around the God we serve who is able.”

So, as Mom and Dad humbly move forward into this new territory, I ask you to all pray with us for the wisdom and guidance of the Holy Spirit. I also pray that God will be glorified and your joy maximized as we watch the Lord “making a way in the desert and streams in the wasteland.”

13 Responses to “A Stream in the Desert”