Published by Abby on December 17, 2006. Filed under Life and Laughter 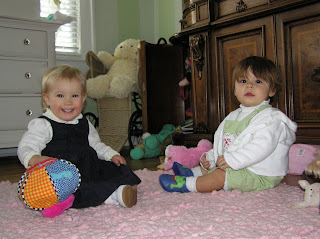 I have always considered myself something of a hopeless romantic. It was a term I liked; a term that inspired visions of maidens wearing flowing nightgowns and looking longingly into the night after a promised love. A term that whispered of unrequited loves and starry nights filled with prayers for one true aspiration. However, I recently took some time for introspection, and I realized that my term, hopeless romantic, contains the word HOPELESS–without hope. So, if you take the term at its word, then that damsel I’ve been envisioning never finds her promised love. That unrequited love would remain just that–unrequited, and those prayers for one true aspiration would go unanswered. So why would I want to be a hopeless romantic?

I think the answer to that question is that, for me, anticipation is everything. I love to dream about events to come; I love the feeling of being that damsel in waiting. When the dream is realized, it’s over, but the anticipation is marvelous!

Last night I went to a party in Atlanta with Lauren. The thought of leaving Pace behind for an evening and embarking on a girls adventure could have offered enough excitment in itself, but this party we were going to was something I’d heard about and tried to imagine for over a year! The hostess was Lauren’s friend Lanier, and this lady is the person I would aspire to be if I were brave enough. I think I have completely weirded her out by my unabashed ardour, but she is so talented that I just can’t help myself! I am sure that she has her faults, but I honestly don’t want to know them. I am satisfied with the illusion. I could go into the reasons why I think she is so great, but that would take up this whole blog, and it is not the point I am driving towards. What I will tell you is that she is the type of person who throws an Antebellum Christmas party every year (with period attire!), and the entire house (which is a mansion built in the early 1800’s that she and her husband have completely restored) is lit by fire and candlelight. A party where the decorations include holly she trimmed from her own yard and draped lovingly over each picture frame. A party where mistletoe hung enticingly from discreet doorposts, and little girls in sweet dresses collected silver punch cups for re-washing. Heaven forbid we have to use anything made out of paper! It was a night that can best be described by my feeling of wonder when I awoke this morning truly questioning if it had all just been a dream. This was a party created for a hopeless romantic, but as I’ve mentioned before, the hopeless romantic should never be capable of being satisfied by the actual event. The hopless romantic is doomed to be always hoping and never satisfied.

My Dad has been sorely concerned that my life would be one big disappointment that could never live up to my dreams. However, I haven’t found that to be true at all. In a small sense, Lanier’s party last night far exceeded any expectation I had, and I assure you those expectations were high. I even went so far as to call Lauren yesterday afternoon to be sure she was savoring the anticpation like I was. I tried to heed my Dad’s warnings and think of all the horrible things that could go wrong at the party, but that romanticism was still there, assuring me that THIS would be a magical evening–and it was.

On a grander scale, my marriage was something that could have never met up to my expectations, because marriage was something I had been dreaming about for around 20 years! Just think of the potential for being let down! While there are some days that Jeremiah and I make each other want to pull our hair out, there are also those days that create a melody so sweet that only God could be the composer. There are times that we let each other down, and there are times when I couldn’t have imagined such a sacrificial love.

So, I would now like to rename myself. I am no longer a hopeless but a HOPEFUL romantic. I am a person who loves being hopeful in life–loves waiting expectantly for the joys life may bring. I hope that all of those hopeless romantics out there find that there IS promise in whatever they are waiting for, and that there are days in their lives when reality exceeds their dreams.