Is Your Husband REALLY your Best Friend?

Published by Abby on September 27, 2007. Filed under Love and Marriage 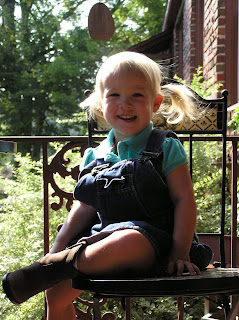 Everybody says that their husband is their best friend. I am sure that at some point, I’ve said it too…because that’s what you say. However, I’m not sure what kind of best friend most women are used to, but I know that my best friends and Jeremiah have brought very different joys to my life.

When I was younger, and I used to spend the night with my best friend, we would lay in bed with every intention of going to sleep. After hours of playing “Miss America Lost in the Woods” (this is a game we made up so don’t Google it or anything) or watching a movie and replaying our favorite parts 10 times (I hope you all remember how long it took to find your favorite part of a movie when we still were using VHS) we would be sincerely exhausted. Then, when we climbed in bed, pledging to REALLY go to sleep this time, one little voice would pipe in with something that could not wait until morning. Silence. Another voice with something hilarious that they didn’t want to forget to relay. Hysterical laughter. Silence. A bit of gossip that we’d heard and couldn’t believe we hadn’t told the other yet. Silence….on and on it would go for hours. Even though we went to school together and/or talked every afternoon on the phone, somehow there was always more that needed to be said.

Now, if I could contrast that with my nights with Jeremiah… We both climb into bed dead tired, not from playing Miss America (sadly enough), but just from the realities of life these days. Sometimes I get chatty, but I’m constantly telling myself that I better get it out as fast as I can because I know he needs his sleep. Then, mid-sentence I say, “Jeremiah? Jeremiah?” only to find that he has been asleep for who knows how long and my story has been a waste of breath. Sometimes he says, “Do you want to cuddle?” and I know that I’ll get about 3 seconds of actual cuddling…

There are a lot of more obvious differences between Jeremiah and Whitney (my best friend that I don’t guess I actually named until now), like the fact that I have never done Whitney’s laundry, cooked her meals, picked up her messes–at least not on a consistent basis :). However, to me these duties aren’t as applicable, because I’m pretty sure I WOULD do those things for her if she needed me to, the way that Jeremiah does. It’s really this chattiness that makes our relationships so different to me.

So, what do you do? For me there are two saving graces. One is that I still have Whitney, my Mom, my neighbors, and several other girls in my daily life that are(thankfully) still willing to let me pour my chattiness all over them. I, in return, happily soak up their chattiness that (I assume) their husbands aren’t able to fully absorb. Second, I am thankful for nights like last night when I climbed into bed with Jeremiah and he said, “Wanna talk?” At this stage in pregnancy, I can’t roll over very fast (it’s actually something like a five-point turn), but I whipped over as fast as my body would allow and we just chatted. He wasn’t in a hurry, we talked about nothing for almost an hour, and I was reminded that despite all evidence to the contrary, he really can “just cuddle.” So, while he is not Whitney every night, I’m pretty sure I wouldn’t like it if he were.

2 Responses to “Is Your Husband REALLY your Best Friend?”