Meanwhile Back at the Ranch

Published by Abby on July 3, 2009. Filed under Love and Marriage-Family 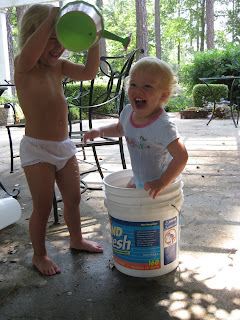 While we were in San Francisco, the girls were doing this with…MY DAD’S GIRLFRIEND. ooohhhh Do you like how I dropped that one on you? Yep, it’s true. It’s been going on for quite a while, and I haven’t talked to you about it. So, pull up a chair if you care to hear, because I figure now is as good a time as any to let the cat out of the bag.

First, I’ll tell you about Konie–which is her name. Konie Bryant, from right here in Birmingham. Her husband, who was an Orthopaedic surgeon, passed away (from cancer) three years ago. She has four awesome children–two girls and two boys. One of her daughters was my sister Taylor’s grand-big sister in KD. Her other daughter, is pledge sisters with my sister Caroline. There are a lot more eery connections– like her husband was in medical school with John David’s (Taylor’s husband) dad and they were good friends. My mom’s best childhood friend was good friends with Konie and is actually the first person who mentioned her to my Dad…it goes on. But mainly, there is a good reason why she has such awesome children and so many great friends–she is wonderful. She is pretty on the outside, but even prettier on the inside. You cannot help but smile when you’re around her because she is always overflowing with joy. She is laid back, take me as you see me, loves children…I mean, we (as in my sisters and me) could not ask for anymore than she is. 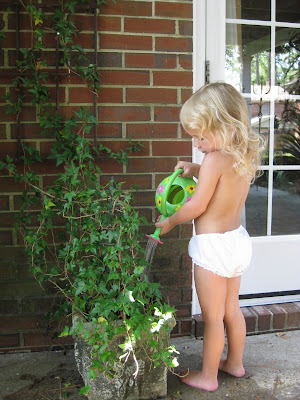 Saying all of that, and as wonderful as she is, this whole process has not been easy and seamless. Mom has only been gone a year and a half, and I have this grating memory that likes to play over and over in my mind of two Augusts ago, Mom being sick, worried she was not going to be healed, and sobbing these words into my ear, “Your Dad is such a good man, and he is mine. I can’t imagine him ever being with anybody else. I can’t bear it.” And me reassuring her, “Mom the reason you can’t imagine it is because it’s never going to happen. God’s going to heal you. Dad won’t ever be with anybody else.” And here we are, what seems like two very short summers later.

There have been two main hurdles that I’ve had to stare in the eye and say, “Ok, Abby, it’s time to put your big girl panties on and deal with this.” The first was the hopeless romantic me who felt that a person found true love once–something as rare and special as that can only happen one time…right? Before we had children that I knew would need their father, I told Jeremiah that I fully expected him to jump off a bridge if anything ever happened to me, and assured him that I would do the same. Surely neither of us could subsist without the other! (I hope you read my wry, and not completely serious smile, between the lines of those sentences.) For a child, I think there is always a little piece of your own happiness tied up in the happiness of your parents. And it hurt to think my Dad must not have loved my Mom like I’d always believed he had. (Why wasn’t he jumping off a bridge? Or at least spending the rest of his days missing her?) And it hurt to remember how badly my Mom wanted him to be only hers forever.
How have I compartmentalized that one? First, I think there is a lot of truth in the idea that it is the people with GOOD marriages that remarry the fastest. If you enjoyed being married, then of course you would long for that companionship again. Versus, if you had a difficult marriage, you’d be much more inclined to steer clear of the thing all together. Second, I know that my Dad (and Mrs. Konie) did not choose what God dealt him. If he had his choice, Mom would still be here, but the fact is she isn’t. So now, he has to make the best he can of what he’s been given. And finally, that grating conversation with Mom that keeps playing in my head??? I just tell it to be quiet, because that was Becky before she was redeemed. I know that Mom now, who is playing tag in the tall grass with Abraham and Sarah, would be mad as heck to see Dad in secluded misery (or jumping off a bridge) because of her. 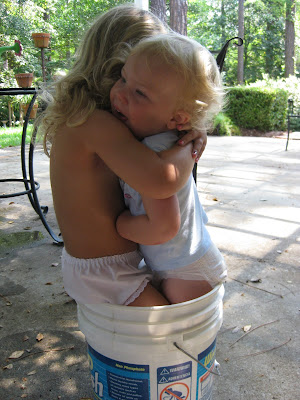 Second hurdle–The me who loves her Daddy. My Dad and I have always had such an open, true, sweet relationship. We stay up late at night, we sit for hours at a time, we take long walks–and just talk. It’s always been like that. I feel like, for whatever reason, even when I was small, we each sought out the other’s company. And then, after he started dating Konie, I realized that I wasn’t as close to the center of his universe as I used to be, and it hurt pretty bad. There was one trip he made to Birmingham, that particularly brought out these feelings. I was being snappy at Jeremiah and the girls (and had no idea why, truly) when Jeremiah turned to me and said, “Have I done something to you for you to be so aggravated?” I whipped around and said, “NO! It’s just that my Dad has been in town for almost three days and he has not so much as stopped by to see me or his grandchildren!” Woah!! I threw my hand over my mouth and started crying. It was strange to just have the truth tumble right out of my mouth when I didn’t even know it was in there. But once I realized what the problem was, and once Dad finally did stop by, you can believe I told him how bad he was hurting my feelings.
Well, we both cried, but do you know what he said after I got it all out? “Abby, I am standing here listening to you say some of the exact same things I vented to your mother when Jeremiah came into your life. It was hard to see myself transplanted by another man–even though I knew it was right.”
And just like that it came full circle. I not only saw, but felt the big revolving, see-sawing dance that is life. I had moved on…and so are all of my sisters. We have lives and business and distractions and love, that have helped us move through the gaping hole that Mom left. Do I want less for him? Would I rather think of him sitting all alone in that big house by himself–or moving on with his life too? He’s ours (mine and my sisters) and nothing will ever change that, but he’s too special for us to keep locked up all to ourselves.
So, if we’re gonna share him, what better person to share him with than a lady who can say, “Well, we don’t have a pool like they want, but we do have this bucket and some pitchers!” 🙂 And look what a blast they had. Thanks Konie… 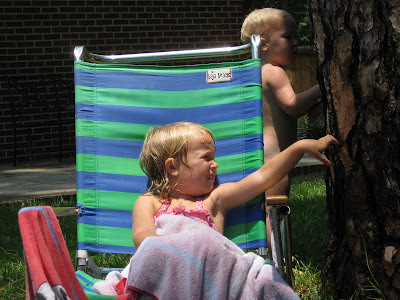 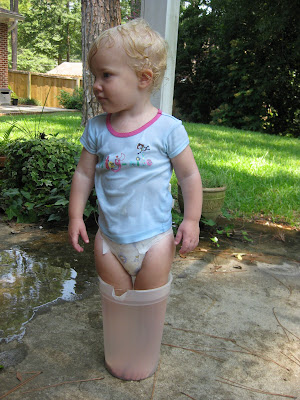 If this doesn’t make you laugh at the end of this post, then I don’t know what will. That Dapples 🙂

19 Responses to “Meanwhile Back at the Ranch”