Mom in the News

Published by Abby on January 14, 2009. Filed under Faith and my Mom 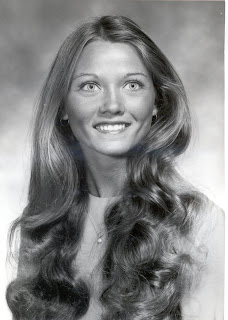 I wanted to post an article that was in the Tuscaloosa newspaper on January 2nd. Some of you blog friends are Mom’s friends too, and some of you probably feel like her friend because you’ve read so much about her on here. Either way, this story touched me deep…I think she’s so special, but to hear somebody else–a sort of unbiased opinion–feel as beguiled by her as we all were, means a whole heck of a lot. There is something too about hearing new stories about her–something that I couldn’t have known unless she (or the other party involved) shared it, that makes her feel alive, just for a second. I don’t know this writer–Mark Hughes Cobb–but I would like to send him a huge hug for writing this and touching me so:

Some friends gathered around at a pub the other night. I started the ball rolling: Tell one good thing that happened to you in 2008, the implication being give us your best thing.
One claimed her marriage. One loved the 12-0 season and 36-0 victory over Auburn. One guy landed a new job. Another was proud the show she’d directed was a huge hit.
I said nothing. Even though it was my idea. One of the good bits that flashed through my mind would have embarrassed somebody else at the table, and the rest seemed like reruns of previous years: The Rude Mechanicals had another good season, the Holiday Singalong likewise.
My job took me to interesting places, such as the inside of Leonardo da Vinci’s codex.Aside from that, thoughts turned, not altogether surprisingly for these dark days of the year, to death. Each year at this time we run packages, as ads bulk us up and staffers go on vacation, of year-end wrapups about music, movies, politics, sports … and death. I know the Grim Reaper is sharpening his scythe for us all, but it always surprises me to reflect on how much we’ve lost in a mere 12 months.
This past year was particularly tough, partly because long-time idols of mine such as Paul Newman, George Carlin, Will Elder (one of the founding genius-idiots behind Mad magazine), Bo Diddley, Danny Federici (keyboardist for the E Street Band), Isaac Hayes, Levi Stubbs, Arthur C. Clarke and yes, even old Charlton Heston (I did, after all, name a band the Damn Dirty Apes, after one of Chuck’s most-quoted movie lines), shuffled off this mortal coil.I also felt twinges for Bettie Page, Odetta, Forrest J. Ackerman (his Famous Monsters of Filmland magazine racked up equal hidden-from-Mom-time with Mad), Heath Ledger, Jerry Wexler, Eddy Arnold (my dad’s favorite country crooner), Sydney Pollack, Harvey Korman, Cyd Charisse, Larry Harmon (Bozo the clown), Bernie Mac, Jerry Reed, Bill Melendez (producer and animator of the Charlie Brown TV specials), David Foster Wallace, Clive Barnes and raunchy Rudy Ray Moore.
But what was really in my head that night was a silly little love story.
Flashback time: First day of first grade, Heard Elementary School, Dothan. We had experimental mixed classrooms — first-graders side by side with second-graders, for example. Not sure why, but it’s a good thing we did. See, I took one look at Becky Sollie, with her wide blue eyes and devilish dimples, and painstakingly scribbled my first ‘I love you, do you love me? Circle yes or no’ note. She looked at me, smiled beatifically, then handed it to her second-grade friend to translate. (My big brother had given me a couple of years’ head start on reading and writing, and it didn’t occur to me she hadn’t had the same benefit; I was educated, but not very smart).We wound up being boyfriend and girlfriend for three years, through hand-holding and fights in line (with covetous boys), through playground games (I taught her kickball, or tried to, and she taught me basic gymnastics on the monkey bars, or tried to) and bad haircuts.
We endured everything but a change of schools (mine), and every time I ran into her over the years — the last time, I was 16 and back in town for a wedding; she had beguiling waist-length hair and even more dazzle — my heart practiced some of those gym flips she’d taught me. I last talked to her when I was a few years into this job, passing through the old hometown, catching up with folks on the phone. I told her I was a writer, and she laughed, sweetly. ‘Of course you are,’ she said. ‘All those notes!’
Yeah, even after I won her heart, first day of first grade, I kept up the correspondence. Wish I’d been as good at staying in touch in the years after third grade. Never even kissed her.Just a few weeks back, I heard that Becky Sollie Clark, mother of four girls, wife of Dothan veterinarian Ken Clark, had lost a long battle with cancer in 2007.So the best thing that happened to me in 2008 was the memory of a smile, with its adjoined reminder that it’s never too soon to say what you mean, to stay in touch, to write ‘I love you.’Happy New Year, y’all.