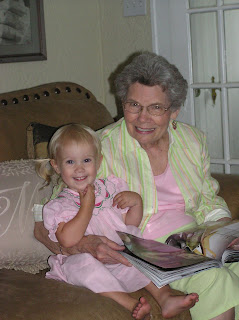 There is something about older people that really touches my heart. We go to a church that consists of a predominantly older crowd, and so I sometimes let my mind reflect on them when I am having a difficult day following one of Brother Jimmy’s sermons 🙂 One thing about them that makes me smile is the way that they are creatures of habit. When I look out from the choir loft, I can be pretty certain that Mrs. A and Mrs. B, the little widow ladies who sit by the aisle on the second row on the right, will be hunkered down together and ready to listen. Mrs. A always looks slightly more “together” than Mrs. B and, while she seems to really love her friend, she is always kind of patting her knowingly on the back and leading her around to their next destination when the service is over. I can’t help but think that Mrs. A gives Mrs. B a talking to every morning about the disheveled state of her hair at church.