Published by Abby on December 11, 2006. Filed under Nature and Embroidery 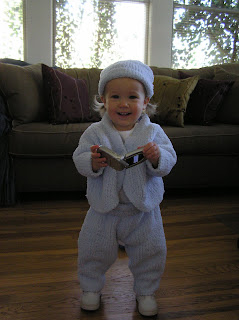 Well, I certainly missed this blog while we were out of town! I have come back with lots of things I want to write about, but today I want to tell you about my favorite part of the weekend…the run I took on Saturday morning.

A lot of people talk about how much they LOVE to exercise. How they just crave getting out and working hard and sweating and pushing their body…. I have never been one of those people, and frankly, I think those people have a loose screw or two. I do, however, love to enjoy nature. I love to run when I can be outside and it’s not too hot or cold, it’s not too hilly, and I haven’t just eaten something that is giving me a cramp in my side. So, as you can imagine, a “good” run for me is pretty hard to come by, but Saturday morning happened to be one of these runs.

I was at the Maddox’s farm, and they have a lot of wooded acres that are filled with winding horse trails. I have ridden these trails a lot, but I have always been with Jeremiah, and therefore, never really had to pay enough attention to learn the trails. So, when I set out to run the trails by myself, I had no idea where I was going. There was an excitement in that feeling itself…setting out on a “wholesome adventure” (as Dad would call it) with Buckley by my side.

The air was crisp, but not cold. The morning was bright, but the sun filtered through the branches in the trees to create a golden glow in the woods. The terrain was uneven but not rocky, and I was at the mercy of my own will! When my trail became a choice between the wide path or the narrow, I chose the narrow. When there was a choice between a trail that held more trees or more shrubbery, I went with more trees. I wound beside a trickling creek, swelled by winter’s cold rain. I passed through a pasture where horse’s necks gracefully stretched to the ground to munch on dew drenched grasses. I stumbled upon two different emerald green ponds, quiet and still as though no human had ever broken their borders. I stopped to run my fingers over Ellie’s headstone, where her name had been lovingly carved out in cursive by Dr. Maddox. I knew I was supposed to be keeping my heart rate up, but some of these moments of beauty demanded that I stop and take notice of them.

I feel sure that I didn’t travel down any trail that I’d never seen before, but they all felt new to me. I don’t know if it was because things look different from the ground than they do from a horse’s back, or if it was because I was approaching them from new directions, but there was something very satisfying about feeling like I was seeing new and beautiful places. I passed a familiar spot from time to time and my heart would give a knowing smile and wink and then pass on. All this while, Buckley the protector was dashing through the woods, checking to be sure no evil would come and spoil our adventure.

While my eyes and senses were taken by the beauty around me, my mind was free to wander on a path of its own making. It thought of God’s splendor, and how He must be allowing glimpses of heaven through nature. It thought of heroines like Elizabeth Bennett, Molly Gibson, and Fanny Price who took strolls through the countryside for all their various and sundry reasons, and it felt kinship with these strong women. My mind also kept playing the words of Robert Frost’s poem, “Stopping by Woods on a Snowy Evening”, over and over. Lines that I believed were long forgotten, my mind brought to the surface for this special occasion.

I don’t know how long I wound through my little paths, but my adventure ended abruptly when I came upon the barn filled with people doing their every-day chores. It was so abrupt, and there were those fleeting seconds when I felt like an outsider in the midst of people I love. An outsider because they had not been a part of the magic and beauty that I had been overtaken by. An outsider because I was an adventurer discovering new lands and they were still on solid ground.

“Stopping By Woods On A Snowy Evening”

Whose woods these are I think I know.
His house is in the village though;
He will not see me stopping here
To watch his woods fill up with snow.
My little horse must think it queer
To stop without a farmhouse near
Between the woods and frozen lake
The darkest evening of the year.
He gives his harness bells a shake
To ask if there is some mistake.
The only other sound’s the sweep
Of easy wind and downy flake.
The woods are lovely, dark and deep.
But I have promises to keep,
And miles to go before I sleep,
And miles to go before I sleep.

One Response to “New Paths”