Published by Abby on January 5, 2007. Filed under Love and Marriage-Family 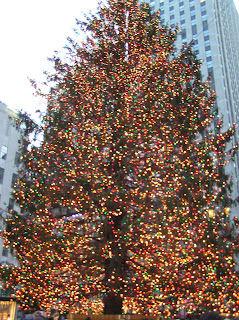 I woke up to a rain storm this morning, with thunder rolling like giant rows of dominoes toppling together and lightning illuminating my room. I had a fifteen minute period between Jeremiah leaving and Pace waking up that was all mine in the darkness. I moved the box fan to the top of our dresser so that there was a cool breeze on my face like the one I imagined outside my window. Then I maneuvered back underneath our heavy down comforter and closed my eyes. I took time to enjoy my haven from the raging weather and to thank God that I have never had to worry about having a roof over my head. It was with that thought that I found myself transported back to New York, back to the homeless on the subways and crouching in discreet corners…Thank you God, for a warm home…because everybody doesn’t have one.

When we landed in New York City my first thought was how dramatically our placement on the map had changed. Somehow traveling always takes me back to the giant map of the United States hanging on the board in my eighth grade history classroom. Dothan–here, New York– WAY up there, oh Pace was so far away. Then we were off, out of the airport, away from that map and into the heart of the city. Our hotel was beautiful and only a couple of blocks from Times Square. Jeremiah and I plopped onto the bed and reveled in the thought of three whole nights in luxury. The first evening we toured Rockefeller Center, and I saw the biggest tree I have ever seen. All I could think was that somebody strung all of those lights and somebody has to take them all off. That is, unless they just chunk the lights with the tree, but what an astronomical waste if they did that! Next we toured St. Peters, looked at Jimmy Choo shoes and marveled that some people actually pay hundreds or thousands of dollars for one pair, and oohhed over the shop displays that some artist had fashioned in Christmas splendor.

That night we (Dr. and Mrs. Maddox, Jeremiah and me) met Josh, Alex, Tommy, Mrs. Ohs, and Marissa for dinner at an Italian restaurant called Sambuca’s. We had pasta with pesto and pine nuts, T-bone steaks, mashed potatoes, broccoli leaves cooked with minced garlic, chicken pasta with a cream-based red sauce, baked ziti, and smooth red wine, all served family style. We stuffed ourselves with food and conversation and basked in the joy of all being together. Then, we set off for a small bar tucked on a side street, that few tourists would ever notice. It was a bar where a man sat at a large piano and played any Broadway song upon request. He never faltered with a word or note, and his enthusiasm never wavered. We were surrounded by what I imagine were some of the Broadway actors themselves singing their own songs and also some hopefuls like ourselves who can only dream of days on the big stage. I must note that the gay population was quite healthy in this particular bar and that was a culture shock for me. There is something about watching a man nuzzle another man’s neck that is just never going to be comfortable.

The next morning we met the group again for brunch at a restaurant on Broadway called Ellen’s Stardust. Because our party was so large, we had to be seated downstairs all by ourselves. We had five waiters that sang directly to our table, and they were all incredibly talented singers. We could never have afforded to pay for such a private party! Jeremiah even got pulled up to dance when a waitress performed “Cowboy Take Me Away”. Don’t worry, I was watching to be sure she didn’t take him TOO far away 🙂 After that delightful treat, the boys and girls parted company. The ladies went shopping and the guys went to build more marvels in Josh’s apartment. There was one moment on our shopping expedition that I would like to mention. After trying on lots of clothes and laughing with the other girls about what looked good and what, frankly looked ridiculous, I took a minute to sit in an overstuffed chair off in a discreet corner and just soak up where I was. I was in the middle of NEW YORK CITY, with all its eccentricities, larger than life monuments to industrialization, people of every nationality, money and luxury to the extreme, and poverty. I was content to be one of the masses, a lone island in a swirling sea of technicolor.