Published by Abby on January 19, 2007. Filed under Love and Marriage-Family 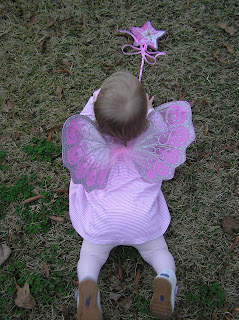 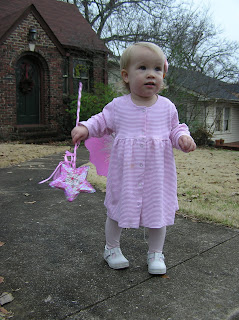 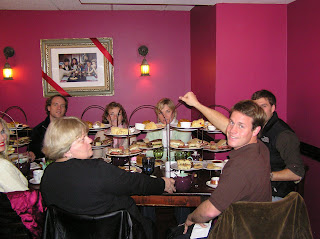 I woke up with a stomachache. Our plane didn’t leave until 8 PM, but I woke up with the dread of finding our way to the airport heavy on my mind. I love the fact that late flights can give you a whole extra day at your desired location without having to pay for another night’s hotel. I also like that there is no setting your alarm for 4 AM to be sure you make it to the airport on time. I do not, however, like the fact that your last day at your destination also becomes THE DAY you are going home. For some reason, I carry around this sense of responsibility when I travel. Maybe it’s the oldest child syndrome, but despite the fact that I was in New York with four well-traveled “grown-ups” and a competent husband, I still felt this inexplicable worry that we would never make it to our flight on time. So, I woke up on Monday morning with a stomachache partly because I was scared we were going to miss our flight, or not check out of the hotel on time, or not figure out what to do with our luggage for the day…and partly because I was not ready for the trip to end.

We had an 11 o’clock tea scheduled at a place called Alice’s Tea Cup. It’s located on the lower west side, by Josh and Alex’s apartment. So, we packed up our various and sundries scattered about the room we’d called home for the past few days, left our bags with an attendant at the hotel, checked out (on time :)), and started our journey northwest, where tea awaited us.

Alice’s Teacup is situated on a quiet street filled predominately with residential buildings. Along the sidewalk, trees push their way through hardened concrete and thrust their limbs towards the open air above the streets. Black, wrought iron fences protect each trunk, and provide a nice contrast to the ornate white or concrete facades of the apartment buildings. An occasional interloper hurries down the sidewalk on their merry errands, some carrying flowers, others a brown sack filled with groceries, but most just cling to their cup of coffee. Just before this quiet street re-opens to the commerce of the next avenue, one might notice the gentle flutter of a purple awning on which the words “Alice’s Teacup” are written in curly white letters. Three steps lead down to this awning and the little shop it protects.

The first thing I noticed when we walked into Alice’s was the smell of fresh scones. There is something about Devinshire cream which, when folded into a delicious batter, produces a smell while baking that is singularly enticing. A glass counter ran along the right side of the store, and tempted us with its pumpkin scones drizzled with a brown sugar glaze, buttermilk, chocolate chip, and strawberry scones, vanilla cupcakes with buttercream frosting and pink sprinkles, chocolate cupcakes piled high with vanilla icing and red sprinkles (I need to tell you that I later discovered that these cupcakes are armed with a well that dips down to their middle and ensures that no bite will be without icing). Tall layered cakes in glass domes lined the counter-top, with decorations at once exciting and fanciful. While this scene lay on our right, the left wall was covered in book cases with fairy wings fluttering from the ceiling. The cases were filled with children’s books like Alice in Wonderland and adult books that one might lay on their coffee table to give their friends a good laugh. The wings and fairy wands scattered about the walls and ceiling were obviously hand-painted and added a perfect sense of whimsy to the atmosphere.

Our large party (Dr. and Mrs. Maddox, Alex, Josh, Tommy, Mrs. Ohs, Jeremiah, and me) was seated in a back room with pictures of real people, partaking of the Mad Hatter’s Tea Party, adorning the dark pink walls. Each guest at our table received their “tea” on a three tiered monstrosity, with each level suited to our own particular taste of the moment. The top level had two scones, cream, and raspberry preserves on the side. The second tier was covered in 2 types of finger sandwiches (mine were bacon- lettuce-tomato, and blue cheese, and chicken salad), and the bottom tier was pumpkin creme brulee with assorted cookies. We also each had our own pot of tea with a dainty ceramic bird perched on the lid, and each meal was served on a different pattern of grandma’s best china.

The food was all excellent, but the scones, which were still warm from coming out of the oven, were to die for. None of us came anywhere near conquering our 3-tiered monstrosity, but we all gave a valiant try. With warm tea cups cradled in our hands, we decided to go around the table and each tell how we had each changed in the past year and what new year’s resolve we had set upon for the upcoming year. It was a time of reflection and what surprised us all (I believe) was that it also became a time of great encouragement to one another. Like a snowball tumbling down a hillside and picking up more momentum and snow with each turn, was the flow of encouragement once it began. There were tears of thankfulness shed for each other, for the ways God had improved in a year’s time, and for the many joyful promises that lie ahead for all.

When we left Alice’s, there was a little shopping, a mini-concert in Josh’s apartment (that’s what the picture from The Two Become One is of), and then our preparations for getting to the airport. My stomachache came in waves throughout the day as my mind continually drifted back to the departure nipping at our heels. There are several funny circumstances from the day that I could share (like the fact that we sat in the airport for three hours partially because I’d made everybody so nervous about getting to the plane on time), but I think I would rather leave you with Alice’s, which was such a perfect way to end a delightful trip to New York City.

No Responses to “New York, New York (Part 4 and final)”