Published by Abby on January 23, 2007. Filed under Faith and my Mom 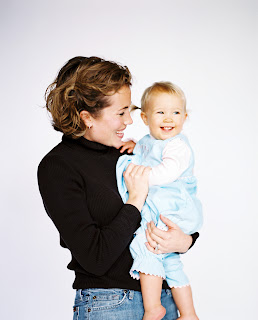 I am here to admit to all of you that I have never read the Bible from cover to cover. I have made several attempts, and I imagine I’ve been through Genesis half a dozen times. However, I have never completed the mission. During the past year, I decided to start reading full books, instead of random chapters . This gave me some sense of continuity, but the goals felt more attainable. Since I’ve started reading full books I have discovered something…the Bible tells an AMAZING story. Some of you are probably saying, Duh?, but I mean really, truly, page-turner type intrigue. I have found myself at the breakfast table, listening to Pace fuss at my feet but unable to put it down, because I needed to find out what happened next. The even more incredible part is that it is all true! I mean some of that stuff (in the Old Testament especially), Tolkien and Lewis would have been hard-up to dream, even in their vivid imaginations…but this stuff actually happened.

Just last week I finished Acts. If you haven’t visited Acts in a while it is an amazing journey, literally, complete with a ship-wreck where everyone survives, and a miraculous escape from a Roman prison. Luke is our guide, and he weaves himself subtly in and out of the tale by switching from third to first person. I got really excited when I noticed a “we” and new that Luke himself had joined back up on our journey. However, what spoke to me most throughout the book of Acts, was what a POWERHOUSE Paul is. He was a bold and polished speaker, obedient to God even when facing his own death, a true and loyal friend, a humble servant and tent maker, and a miracle-worker. Even with all of these characteristics that could make anybody proud, he was the first to give all the glory to God and his Son Jesus whom he served. I was inspired.

I think the most life-applicable lesson I learned through Acts was that Paul always shared the Gospel with others by starting where they were. If he was addressing a group of Pharisees, then he started with all the prophecies throughout the Old Testament of a coming Messiah. If he was addressing a group idol-worshippers, then he pointed out their statue of the “Unknown God,” and told them he wanted to make that God known to them. No matter what the group, he found a way to speak to them at a level that they could relate to. He didn’t walk up with tracts in his hand and tell them he wanted to share with them the four points of salvation, first he touched their hearts. I believe this is why people responded to him.

Paul also didn’t lead people to God and then drop them back to navigate the lonely ocean of sin on their own. We have many letters that prove that he was always praying for and corresponding with those he left behind. He just didn’t want to see people saved, he wanted them to have a RELATIONSHIP with God. He knew that once that relationship was established they wouldn’t need him to answer all of their Biblical questions, because they could seek God themselves.

I must note that I have focused on mainly the second half of Acts, because that is fresh in my mind. The first half is mostly about Peter, and he is pretty awesome himself. So, I just want to challenge you to read the Bible like a story, and let yourself be awed by the fact that THIS story is all true.

No Responses to “Paul, Ummm Good”