Published by Abby on April 28, 2009. Filed under Love and Marriage-Family 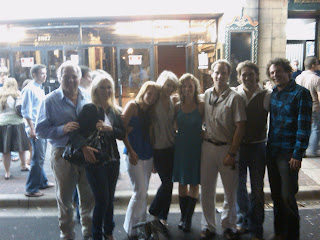 Do you all know Ray LaMontagne? If you don’t, then you should. Chances are if you read this blog, you would like him, cause he sings along three main themes–LOVE, pain, and countryside–probably my three most favorite themes 🙂 Now, I don’t think that any of his songs are about children, which is a pretty big subject around here, but we all need a break from that every once in a while.
My brother-in-law (can you use BIL like you use MIL??), Ashley (SIL), and Berkley were planning on getting tickets to the Ray LaMontagne concert here in Birmingham and asked if Jeremiah and I would like to go. We’ve been learning one of Ray’s songs together, and both loved his music, but we sadly declined after learning the price of the tickets, ughh! It stunk. But then these in-laws I have came to the rescue and bought us all tickets–ON THE THIRD AND FOURTH ROW!!! I got a babysitter and borrowed a cute dress (thank you Ashley, as always) that I could wear with cowboy boots and went to a grown-up dinner and went to an awesome concert. Fabulous. Just giddy-making fabulous. 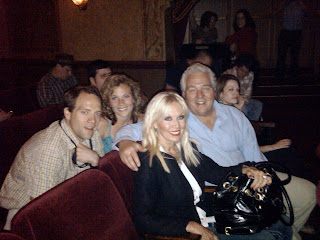 Now I want to talk a little about Ray LaMontagne. If you’ve never heard him and aren’t that into music, stop reading now.

First his voice. It is kind of raspy (insert sexy) and low, and I’ve liked him for easy-listening purposes, but now that I’ve heard him live, I have a different impression. You can’t tell on his CDs how BIG his voice is. He has somehow trained his voice to be raspy AND full, which was a combination I didn’t know was possible.
Then his songwriting. Holey Moley. My only complaint is that there wasn’t a marquis scrolling the words above his head while he sang. His lyrics are rich with meaning and beauty, but even if you don’t understand every word or have time to analyze his meaning, you are still left with an undoubtable impression–picture after every song. His poetry (like my old books) make me want to strive to live a richer and more beautiful life. Can I just list a few of my favorite lines from a random smattering of his songs:
She lifts her skirt up to her knees/ Walks through the garden rows with her bare feet, laughing.
Lay your blouse across the chair/ Let fall the flowers from your hair/ And kiss me with that country mouth so plain
Outside the rain is tapping/ on the leaves/ to me it sounds like they’re/ applauding us the quiet love we’ve made
I’ve looked my demons in the eyes/ Laid bare my chest/ Said do your best, Destroy me. (At this point I’ve quoted almost all of “Empty,” the song we’ve been learning. Just listen to it so I can stop typing it all out :))
A man needs something he can hold on to/A nine pound hammer or a woman like you/Either one of them things will do
When you kissed my lips with my mouth so full of questions/It’s my worried mind that you quiet/Place your hands on my face/ Close my eyes and say/ Love is a poor man’s food
Yes and try to ignore/ All this blood on the floor/ It’s just this heart on my sleeve that’s a bleeding
I’d walk one mile on broken glass/ To fall down at your feet
I seen a lot of living my friend and this I will repeat/ Just because you knock a man down, don’t mean you got him beat
You are the best thing/ Ever happened to me. (You may have heard those words before, but you ain’t heard nothin‘ til you hear the way Ray says them. All my insides flipped over.)
It’s the Widow now, that owns that angry plow/ The Spartan mule and the crippled cow/ The fallow field that will yield no more/ As the fox lay sleeping beneath the kitchen floor.
Ok, I’ve got to stop, but I hope you can see how beautiful his writing is. Imagine combining that writing, with simply beautiful music and a man that is so obviously filled up with the passion of his songs that he can’t even look up to face the crowd he is flaying his soul before. It was moving. It was romantic.
Now, I did have a few issues. I found it a bit disappointing that I sat on the fourth row at a concert and never once saw the artist’s face. He barely said hello to the crowd, and kept his head tipped down, with a hat to cast a shadow across his face. He was there to play his music for us, and that was that. I can understand, with as much of himself as he invests in every song, that chit-chat would seem silly and stupid in comparison. And he is obviously a sensitive soul and is probably terrified of crowds. I can understand, Ray, but it sure would have been nice to hear you talk just a little bit. I am so fascinated by your heart, that I wish I could know you more. But, oh well.
I will end on this. I think Ray LaMontagne is quite possibly the best songwriter I’ve ever heard. His voice is mesmerizing, BUT I can say in all honesty that I think Jeremiah’s voice is better. He’s going to kill me when he reads this, but it’s true 🙂 After a while, I wanted to tell Ray to stop rasping and go on and hit a loud clear note. Here’s his face, that I looked up on line, since I never saw it last night. 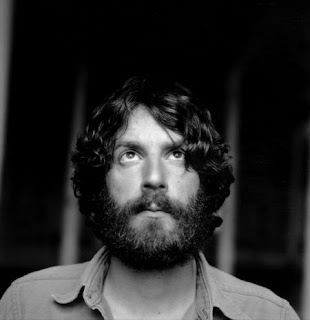 Harry, but cute. Certainly nothing to be ashamed of. Thank you Dr. and Mrs. Maddox and Ray, for the most fun night I can remember in a long time.