Published by Abby on June 30, 2009. Filed under Nature and Embroidery 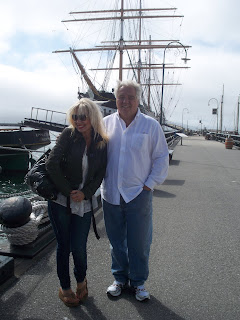 I’d like to start by saying…We had such a blast with these two. Can you see Mrs. Personality over there on the left and Mr. Can Carry a Conversation on Any Topic in the Universe on the right? That would be Jeremiah’s Mom and Dad. For those of you who don’t know us in real life, his Dad is an orthopod like Jeremiah and his Mom rescues dogs (like seriously she keeps around twenty something at any given time–anybody looking for a new pet?) and manages their sprawling farm. When you add the fact that his Dad also has a horse farm/hay business on the side of operating on people’s spines and dreaming up new and crazy “projects” for their farm…it’s hard to get all the QT (does everybody know that means Quality Time?) you might want. But for three and half days Jeremiah and I had them–and San Francisco–all to out little selves.

We made our way to the Ghiradelli “factory” and watched how they make chocolate (we also ate a Ghiradelli chocolate sunday with a still-warm waffle cone shell). 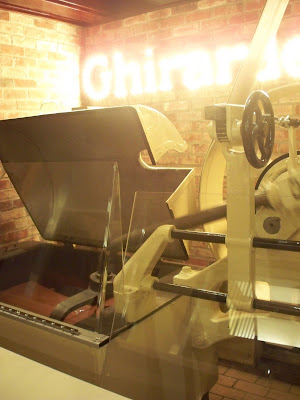 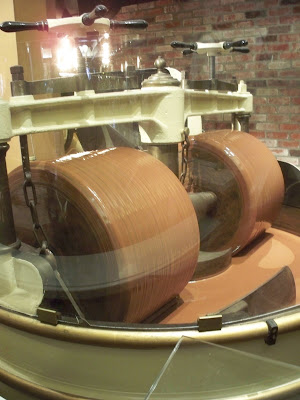 We sampled some Boudin sourdough bread with our fresh-from Fisherman’s Wharf seafood dinner. 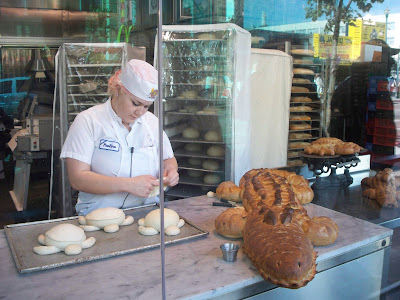 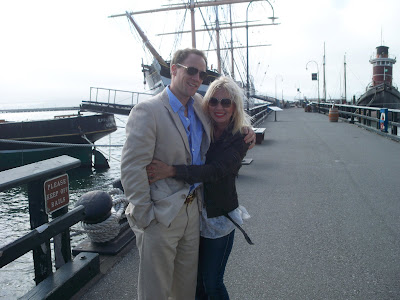 We hopped on a ferry to go to… 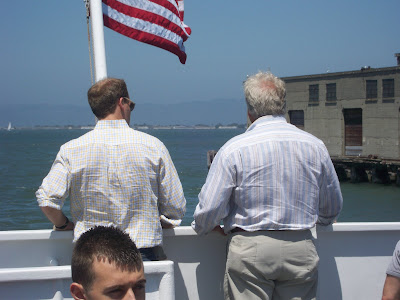 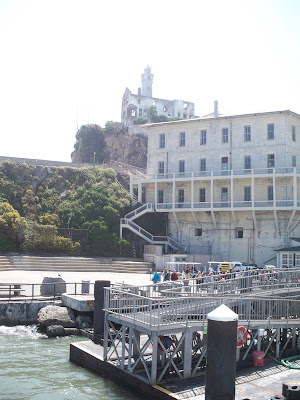 This was such an unforgettable experience. You do a walking tour with a headset, and the people talking gruffly in your ears are men who were imprisoned or worked there. It was fascinating to hear about their daily routines, their escape attempts, and peek into the actual cells where they spent such large, morbid periods of their lives. There is background noise of guards yelling, doors sliding, men cat-calling…all while you walk around with a whole lot of silent people just as engrossed in the stories as you are. 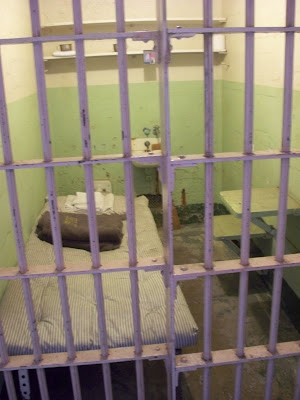 We had lunch looking out at this view while we were in Sausalito–just before we perused their quaint shops and art galleries. 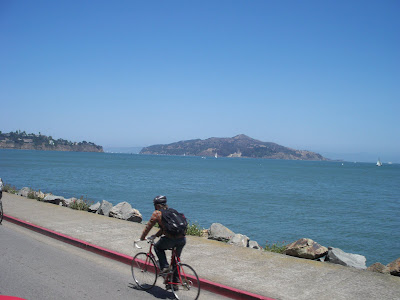 We had dinner across the grassy square from this church in the Italian district. This is the church that Marilyn Monroe wanted to marry Joe DiMaggio in (he grew up in this neighborhood), but the priest wouldn’t let her since it was her second marriage…so they just had pictures made inside instead 🙂 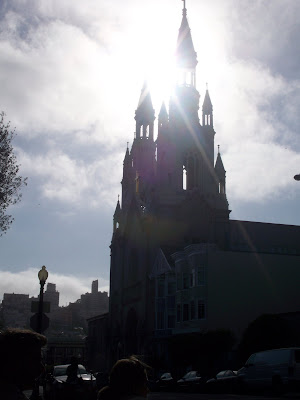 We also were not afraid to be TOURISTS! Check us out in the double-decker bus, along with everybody else with their cameras…and even a fannypack or two was spotted. 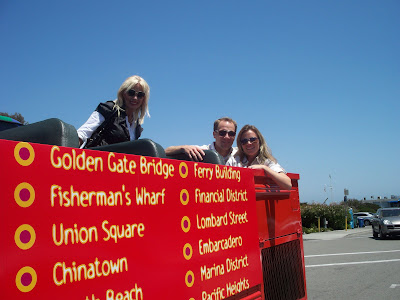 I normally shy away from the whole idea of being a tourist. Something about it seems…humiliating. But let me tell you, that double decker bus was the best thing we did! We saw ALL the sights. We hopped off and explored when we wanted to, and then caught the next bus. We leisurely sat back and enjoyed the sunshine and breezes, and heard catchy side stories about places we passed on our way to the next big attraction. 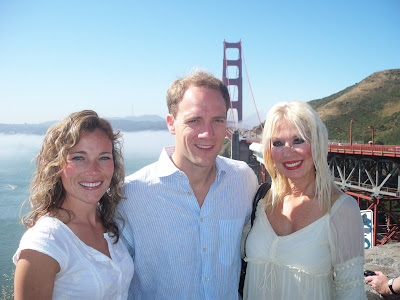 I will never again be too cool for the bus…and you shouldn’t be either. Our fellow red bus traveler snapped this one for us in front of the Academy of the Arts. Jeremiah’s still lookin‘ hot in those glasses. [My sister also just pointed out that I might should address what the HECK I am wearing. I started out the day wearing that as a dress,…then started freezing so I pulled out the jeans that I had handily stored in my purse, and there you have it–pregnant Abby.] 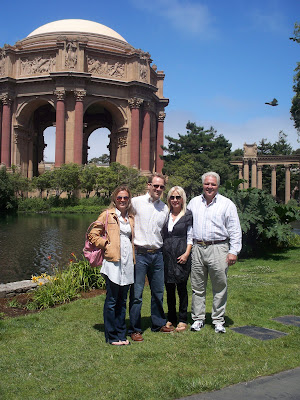 We had our breath taken away by the Redwood trees of Muir Woods. 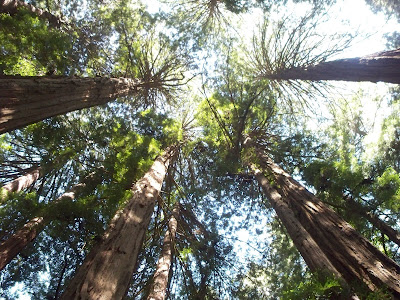 And we took another of several brisk walks in improper female footwear. Jeremiah can’t bear to spend money on cabs, so we huffed it everywhere across not only this rocky terrain, but also those steep San Francisco hills. 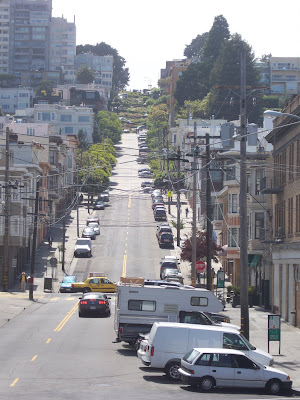 He can never seem to convince me to wear “proper” things. I say, “Do you really want me to wear Isotoners with black socks??” And he replies, “No, but I would also like to not ALWAYS be over the bag weight limit in the airport because you’ve had to pack eighteen different pairs of high-heeled shoes and flip-flops to match all of your ‘outfits’.” Thankfully, his Mom sides with me on this issue, so at least I wasn’t the only one…I digress. 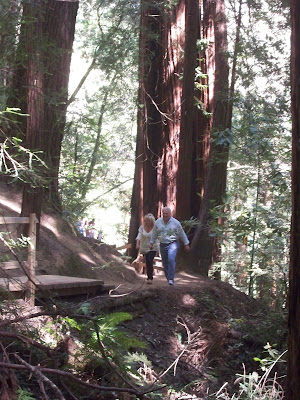 We went to Sonoma valley for a little wine tasting. 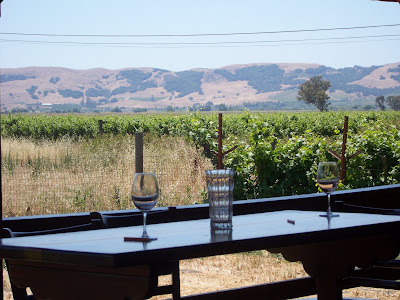 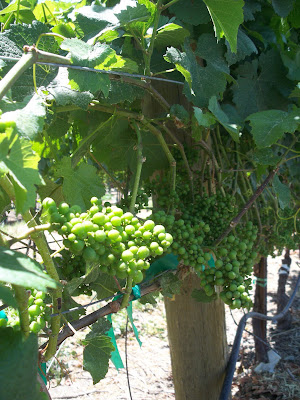 It was GORGEOUS and GOOD 🙂 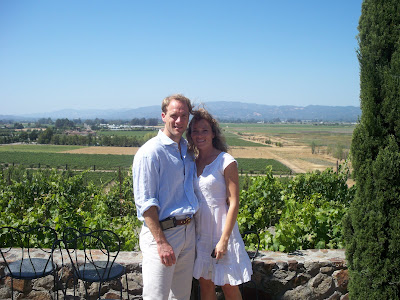 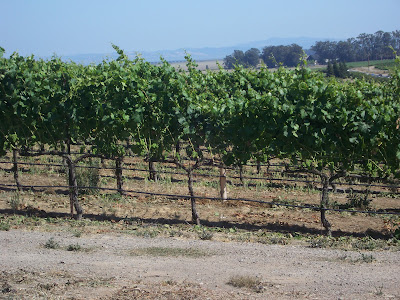 And while we talked a lot of smack to our fellow tourists and tour guide–warning us about the heat when we reached Sonoma–we told them that it couldn’t compare to the temperatures we’d left in south Alabama. Well, we were swallowing our words by the days’ end and looking for the nearest shade 🙂 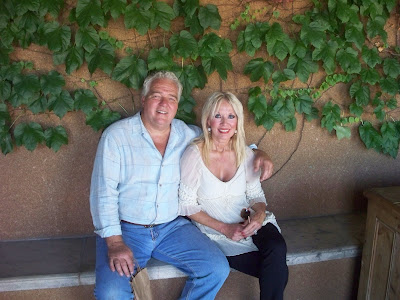 Finally, after all this beautiful scenery, mind invigorating conversation (with no sweet babies to interrupt), sumptuous food, and, well, wine-tasting, we all four went home feeling like this… 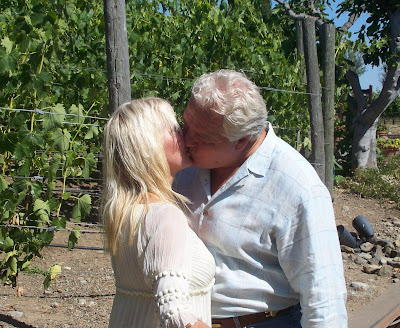 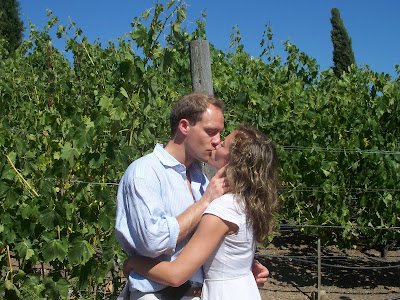