Published by Abby on July 23, 2009. Filed under Life and Laughter

First, I did get spared…somewhat…from the terrible havoc of the stomach flu. I was nauseated off and on all weekend but it never…led to…anything 🙂 If there weren’t others (and men) around me who were experiencing the same symptoms, I would have been worried I was pregnant, because it sure felt a lot like morning sickness. Thanks for all of your prayers and well wishes 🙂 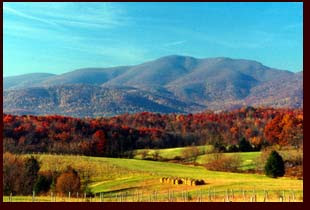 Second, I never did tell you the place I would live if I were to randomly pick and take family out of the equation. VIRGINIA. Is that weird? When I told Jeremiah, he looked at me like I’d just thrown a curve ball from nowhere. It is farther north but still Southern…I am not sure I could live life as anything but a Southerner, no offense to the rest of y’all 🙂 But, while Virginia is still southern, it is far enough north that is has distinct seasons. Oh the thought of a crisp fall with all those changing leaves! Then, there is the fact that they have mountains and beach right there together, and all that history…

I went on a college tour (all of you HA alums, do you read “college tur” and hear Mrs. Merritt’s voice like I do :)?) in high school and one of the stops was UVA. I loved that place. Everything about it. The secret societies, the honors dorms on the lawn with their own fireplaces, Thomas Jefferson’s rotunda, the mountains in the background, the polo shirts and orange baseball caps,…I know I wouldn’t live at UVA, but somehow that college colors my overall impression of Virginia. 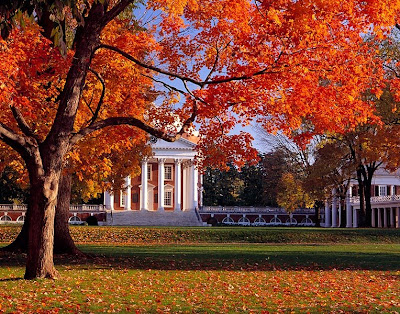 Anyway, there is a lot more to where you live than seasons and landscape and colleges–as a lot of you pointed out. But it has been fun to dream big, and I so appreciated all of your advice!
Next, my bedding. IT’S DONE! sort of. I love everything on there, but I am so used to boocoodles of pillows that it looks unfinished to me still. I did some talking with Jeremiah and he has agreed to ONE more decorative pillow and a throw blanket, so I am on the lookout. However, even Jeremiah has thanked me asking for this new bedding. It’s so crisp, and clean, and white, and comfy…it feels like going to bed in a cloud. (This is one of the pillows I have a crush on, but it doesn’t match the style of the bed at all…I think I may have to find somewhere else in the house to put it 🙂 All this looking is killing me!) 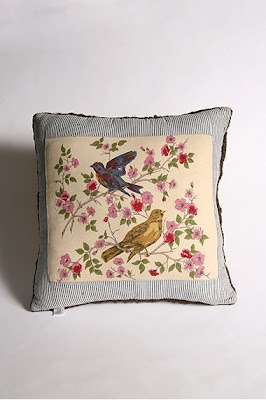 Last, my camera is still not working (hence the no picture of the bedding). I did some on-line trouble shooting and it seems the next step is to buy a new battery. I tried at Walmart a couple of days ago, but they didn’t have what I needed. It’s a hard life as a blogger without a camera! I’ll try to get the pictures I had on a disk so that I can at least have another post in the meantime.

7 Responses to “Some Answers”