The Maddox Family Does the ZOO!

Published by Abby on June 16, 2007. Filed under Love and Marriage-Children 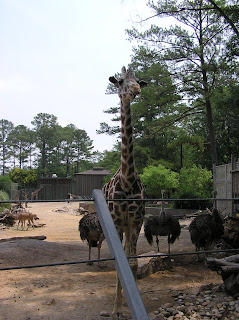 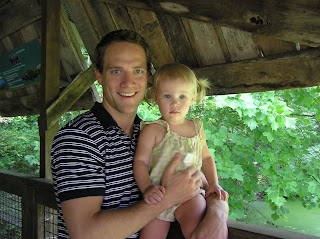 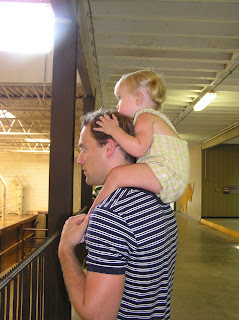 We have had such an incredible morning! Jeremiah is on call today, but now, since he gets to take “home” call, we have a little freedom to still hang out on these dreaded call days. So, this morning Jeremiah suggested that we all go to the zoo. I was elated! I have been trying to find a time for us to all go together for ages, but it never seems to work out. This morning, however, we made it happen, and the Lord kept any little children from breaking their arms until after we were wrapping up lunch 🙂 (for those who don’t know, Jeremiah is on call at Children’s Hospital right now). I would also like to say that, hopefully, this blog is going to be a lot more pictures and a lot less typing…which I know that many of you (especially SB) will be thankful for, for a change.
By 10:00 we were entering the gates of the Birmingham Zoo. Getting a family, year-long membership pass was some of the best advice I have ever taken. My friends Lauren and Ashley suggested that I throw out my chincey–ness and fork over the money. Not only do you have unlimited access to a beautiful zoo tucked away in the middle of Mountain Brook, but you can also feel like you are supporting a worthy cause. Besides that, it gives me the freedom to really have fun and not think, “Wow, I just paid $20 to get in here, so we better spend the WHOLE day and get everything we can out of this money.” Instead, Pace and I can breeze in, look at just the Lorikeets and leave if we want to. I love that freedom.
We saw the snakes, the flamingos, the alligators, the monkeys, the elephant, the giraffes (including the 2 babies!), the tiger, the sea lions, the zebras, and much much more. I honestly had more fun watching Jeremiah than Pace on this trip! I’ve already seen her wide-eyed reaction to all of God’s crazy creations but Jeremiah’s wonderment even rivaled hers. You see, I wondered if I was the only parent who felt like they enjoyed the zoo even more than their child did. After 30 seconds in the snake house with Jeremiah, I knew I wasn’t the only one 🙂 He wanted to read every sign and kept going back to take one more look at the giant Anaconda. He saw me giggling at him and asked what I was laughing at. I told him I was just happy to see him enjoy it as much as I did.
The zoo is big, and we didn’t see everything, but that’s OK, because we’ve got those year-round passes. We ended the day by splurging on lunch at the snack shop and watching Pace play in the water-park area. She has done it once before, and I will say that to a little girl of her size it could be pretty intimidating. Big kids racing back and forth through water that surprises you by gushing skyward out of little holes in the ground. At first, I walked her up to the play area, and she wouldn’t even touch the water, much less let me put her down. I decided to let her just watch for a few minutes and then try again. Daddy took her the second time, and she found her confidence with him standing beside her. He sat down on the ground at the edge of the water area, and she would run in, laugh hysterically as she got sprayed by a couple of jets and then run out straight into his arms. Sometimes, she would just hug him, but usually he got a kiss too. It was just about the cutest thing I’d ever seen. So, enjoy these precious pictures. 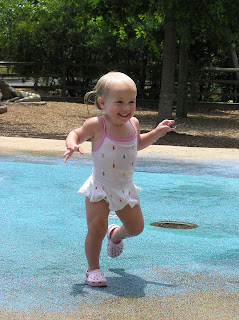 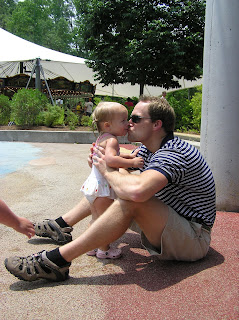 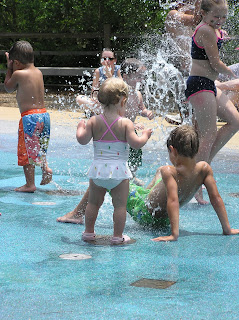 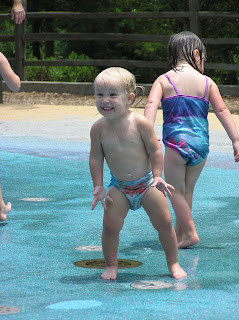 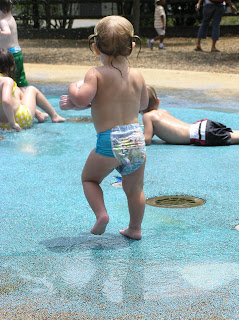 I got so tickled at these last couple of pictures. I took her swimsuit off because I was trying to get her ready to go home, and she begged to go in the water one more time. I let her run out in her swim diaper, but I didn’t notice she had a pretty severe wedgie. This picture doesn’t do it justice, but there was one cute little hinney running through the water 🙂

3 Responses to “The Maddox Family Does the ZOO!”