Well, That Was Hard.

Published by Abby on February 4, 2008. Filed under Faith and my Mom 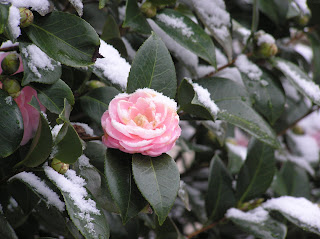 I went home for the first time this weekend, and it was pretty hard. The weekend started when I woke Pace up Friday morning, telling her we needed to pack and get ready to go to Dothan. What were her first words after hearing ‘Dothan’? “We’re going to see BEBE!!” I told her no, remember Bebe is in Heaven. To which she responded, “But, we’re going to see her soon–OK?” Oh, it just broke my heart. Partly because I had been struggling with the same problem for the past couple days. Yes, I was going home, but no Mom would not be there. It was hard to reconcile that reality with my longing.

I started laughing and crying when she asked about seeing her soon, because she was right. That was what we both needed to focus on. Then something really beautiful happened. Pace, seeing the tears, bent forward and kissed the closest thing she could reach–my knees–standing beside her bed. Then she asked, “You sad Mommy?” I told her that I was, but I really shouldn’t be because Bebe was having so much fun playing with Jesus. Then Pace said something that I haven’t heard her say since we were claiming Mom’s healing. She smiled that big, squinty-eyed grin of hers and yelled, “Hallelujah!” I was shocked. Why did she look into my crying face, as I tried to tell myself to be comforted about where Mom was and still become filled with a joyful thanksgiving to God?! Her spirit baffles me so often, as I see her speaking a truth that I have not been able to grasp. I believe God speaks to me through her in times like these, and it is a sweet message.
So, that was how it started, but there were other difficulties in store. First was arriving home. Dad was still at work, Kendall was in her room getting ready for her Friday night funnities, and the rest of the house was pretty much dark. Mom used to light lamps in all the rooms that turned dark corners into cozy nooks. She was usually standing at the kitchen window when we pulled up, ready to make a squealing run into the garage and get her hands on Pace. There used to be some disorder she was making excuses for and some meal she was anxious to get us to. Instead, the house was dark, clean, quiet, and missing the joy that emmanated from her. It was hard.
By all standards it was a fun weekend. Friday night, Mrs. Linda cooked an amazing steak dinner and Dad came out to eat with us. Saturday, Grandma and I planned and cut out Easter dresses for the girls. That afternoon, I got to take a horseback ride on little Hope with Jeremiah, Dad, Dr. Maddox and Tommy. Sunday, I got to play matron (don’t you hate that word!) of honor at a bridal shower for my best friend. It was fun, but to me she was blatantly missing from each event.
“People” have told me that the hardest part would be those moments when I pick up the phone to call her and realized I couldn’t or expected to see her somewhere and then realized she wasn’t going to show up. It may change, but so far I haven’t struggled with that at all. I am just so aware of her absence all the time, that I can’t imagine making one of those mis-steps. While we ate Friday night, I wished she could be sharing it with us. While I thumbed through her smocking placates, I found a day gown she’d cut out and had pleated but would never complete. While Grandma and I talked about how cute the girls’ matching dresses would be, I felt like I was infringing on the job Mom should be doing. When I saw Dad riding horses, I thought about how happy it had made me to see them riding together. Finally, when I was at that bridal shower, listing Whitney’s gifts as she opened them, my handwriting seemed to morph from mine to hers before my eyes, and I could see the lists she’d made of my wedding gifts and even the abbreviations she’d used.
I only cried twice, but the weekend was difficult. I had fun, but everything was tinted by her absence. I remembered to claim Pace’s “Hallelujah,” but I still struggled with feeling like Jesus had been a little bit selfish. I miss her and sometimes, it’s difficult. 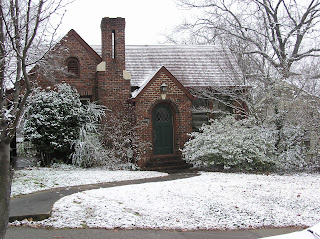 7 Responses to “Well, That Was Hard.”