You Can Do Anything You Set Your Mind To

Published by Abby on November 24, 2009. Filed under Faith and my Mom 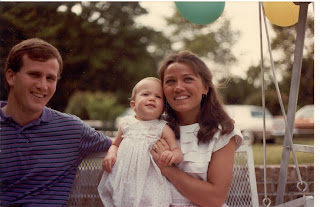 I can hear him say it. Just as clearly as if it were only a moment ago. “Abby, you can do anything you set your mind to.” My Dad is foremost a teacher and encourager, and growing up with him was a blessing, a gift, that is still only slowly coming to consciousness. That one little mantra, has been haunting me lately. I think it was marathoning–all that time of quiet thinking– that has led me to look back over the landscape of my life and question the validity of that statement.
I can say one thing for certain, I heard that I could do anything enough times, that I eventually began to believe it…and test it. It’s recalling the testing that still makes my bones hurt. The recalling has made me want to shake Dad and ask him if he thought maybe he told me that one TOO many times. It’s taken a while (27 years to be exact), but I eventually tested Dad’s theory on all three areas of my life that he liked to stress the importance of developing. Mind. Body. Spirit. Mind. Body. Spirit. (I can hear him saying those words too, and pointing to one finger at a time for emphasis :))
Mind: I am NOT, in any way, smart enough to hold this Chemical Engineering degree that I have. I knew it would be hard. I knew I would have to give up a lot of the social life that my friends had, to accomplish it. That was ok. That’s what you do right? As long as I was willing to put the time in. Try my best. I could do it.
What I found was that my mind has a limit. I know because I pushed it there. I watched the people around me grasp concepts that my mind just simply could. not. absorb. I wanted to quit. I called home crying a lot of nights with long lists of reasons why I should quit immediately–“Believe it or not, I CAN’T do THIS.” Dad’s reply: “God doesn’t lead people from something into nothing. If you want to quit, then tell me where He’s leading you and give me some good reasons He’s doing it.”
Unable to truthfully combat that last statement, I stayed with it. God, and my brilliant friend Stewart :), carried me through to the end of that test.
Body: When Ashley asked me if I wanted to run a marathon with her, I didn’t necessarily want to do it, but I didn’t doubt that I could do it. Just one foot in front of the other, right? I may be extremely slow. I may have to walk a lot of the way, but I can do it. You see how deeply it’s ingrained?? What I found, at training run mile 17 to be exact, was that it may NOT be possible for me. Maybe, just maybe Dad, I CAN’T do THIS.
I finished it though. With the help of Ashley and Dr. Bonantz and Jeremiah and God (took a lot more help for that Body test :)), I pushed my body to its absolute limit and finished.
Spirit: Losing Mom. I can’t tell you the number of times, during the battle and since, that I’ve had to remind myself that, “Other people have lived through this and so can I.” There were days when I wanted to beat God to a pulp. A lot of days when I was over the flashes of anger but still couldn’t stand to be in His presence (now that’s hard to run from :)). It was a big test. To look at the faith I had claimed to stand on my whole life and find out whether I still believed in pain as I had in joy.
It was “working out my salvation.” While I don’t believe that we can work hard enough or do things “right” enough to save ourselves (what need would there be for grace?), I do believe there are times when we don’t feel like being a Christian. It’s those times when we have to trust that He knows better than we do. What He calls us to do is be faithful. To stay in the game. To keep loving and serving and praying, even when it doesn’t make us feel good.
What I found at the end of that test, was that He IS faithful. As crazy as it sounds, I am grateful that He took the time to bring me through that fire. To bring me to a deeper and more true understanding of Himself. It took the support of my family, our community, and God (kind of ridiculous how much help I needed for the Spirit test :)), but I’m making it through that test…I started to say “made it through,” but it seems this grief thing is never truly over.
From the outside, it would seem that these “accomplishments” might make me proud of myself. I got that degree, ran that race, and lost my Mom while still loving my God. Pat myself on the back, right? Nope. Just the opposite, actually. To go from a quiet assurance that “I can do anything I set my mind to,” to, after the testing, taking all the I’s out of the statement. To being thankful for a Dad who did a mighty thing for me, in giving me the confidence to face big challenges, but realizing that, in truth, “We can do anything He wants us to do…because He will be faithful to accomplish it through us.” 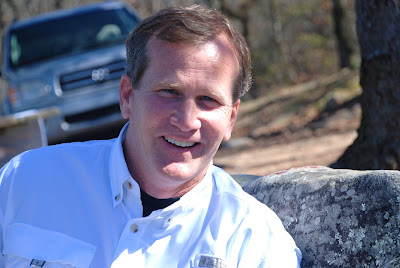